Is a Dedicated Development Team Worth the Cost?

Quick Summary: When it comes to outsourcing web development, a dedicated development team costs less than in-house team but might cost more than working with freelancers. Is this a viable and economical alternative? Or should you look at hiring an in-house team or project-based outsourcing? Read on to discover the answers, cost comparison and the pros and cons of each model.

Working with expert web developers is essential to showcase your business in the best way.

The issue is whether you should hire in-house developers, work directly with freelancers, or approach a remote team.

All of these approaches have their advantages. Naturally, the cost is also a deciding factor. After all, you deserve quality work without having to go over budget.

In-house Versus Offshoring: A Cost Comparison

To begin with, let’s look at some numbers.

However, it would be incorrect to only weigh the cost of salaries. That’s just one part of the story.

Here are other cost factors to consider when it comes to keeping the bigger picture in mind: 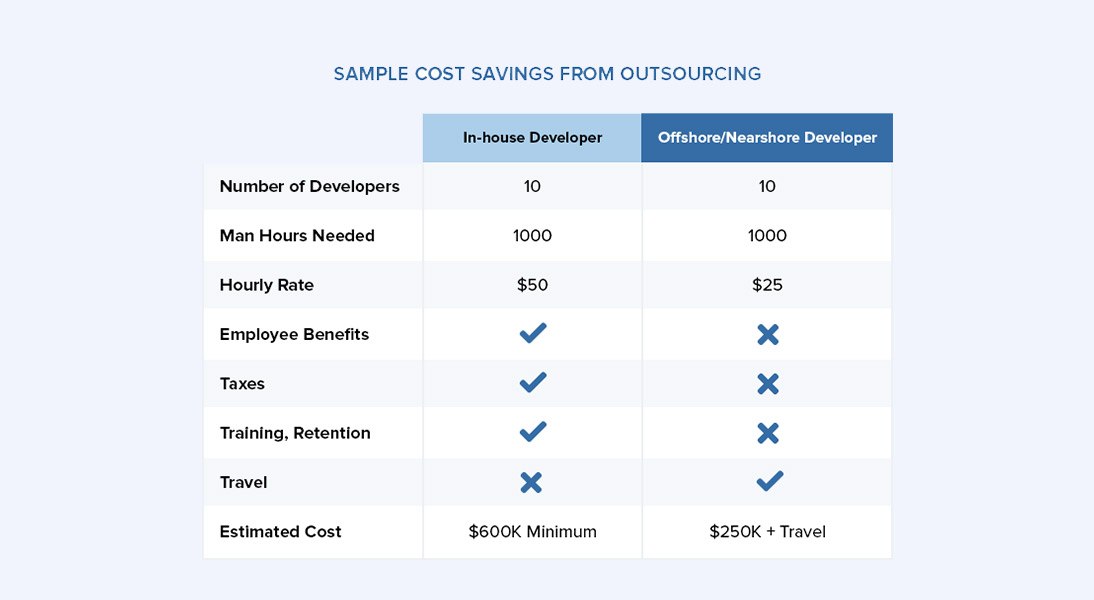 After you have put in all this time, effort and money, another study indicates that most tech pros tend to stay in one position for under three years on average. And so, you have to begin all over again.

Now, let’s look at offshoring. An average hourly rate for a senior developer in the US is around USD 53 per hour, while in Eastern Europe, it’s around USD 25-50 per hour.

To optimize even more without compromising on quality, you’ll be happy to find that in countries such as India, the rate is from USD 18 to USD 40 per hour. This, of course, is a rough indication.

When hiring an offshore development team, you do not have to invest in other areas mentioned above, such as upskilling and office space. This itself is a huge saving of both time as well as money.

Is a Dedicated Development Team Worth the Cost? There’s Just One Answer.

When you offshore, you have the option of selecting a remote dedicated team. This means that all the time and effort of a group of developers is exclusively for you and the specific project they were hired for (unlike the project-based model where resources are shared between multiple projects).

With the dedicated team model, you also get the services of an experienced program manager, who is your go-to person for all details and progress of the project. 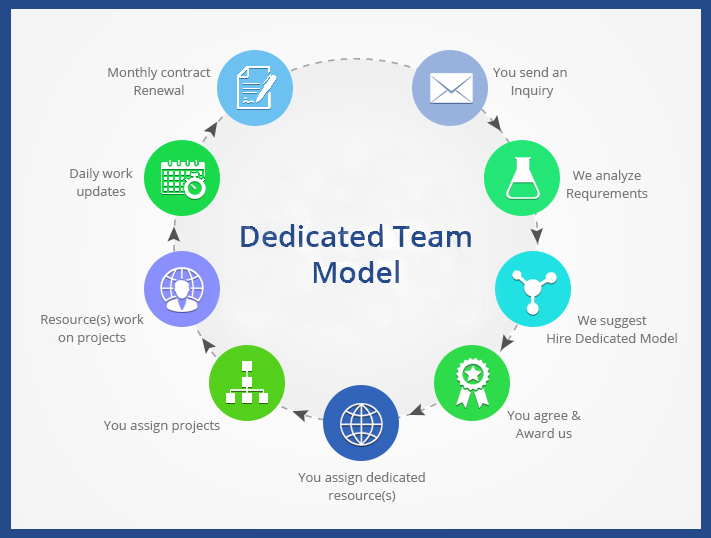 Top Factors to Consider Before